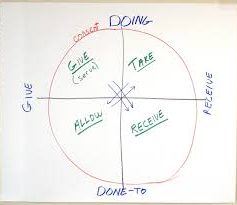 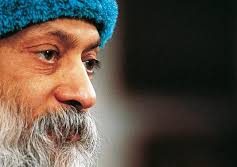 ‘Love is the most therapeutic, love people as they are, not as they should be’ 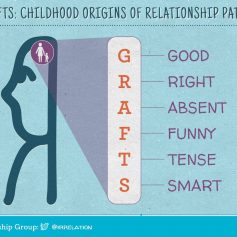 People living in irrelationship activate behavioral routines learned in childhood that relieved anxiety by making their parents feel better. We made the acronym GRAFTS as a simple tool to help organize our thinking: Good, Right, Absent, Funny, Tense and Smart.

Through GRAFTS behaviors, the child diverts his caregiver (usually his mother) from a negative emotion she has which interferes with her ability to take care of the child, temporarily restoring her
ability to provide. This happens over and over, laying the foundation for adult relationship patterning.

Narcissism and Abuse as a Co-Created Relationship System

Making your partner so bad that leaving is a vindication

Narcissism is a topic of great importance, both for individuals and in terms of relationships. Blogs offer advice about how to tell if someone is a narcissist, about how to break up with a narcissist, even figuring out if you’re a narcissist yourself.  An important, often unasked question, is how do relationships involving narcissism get going? Does focusing on one person’s or another person’s issues work, rather than what the two do together? Because people with developmental trauma tend to repeat abuse in adulthood (van der Kolk, 1989), we think it’s important to address things on both individual and couples’ levels.

“AS A PSYCHOANALYST, I BELIEVE THAT PEOPLE ARE MORE COMPLEX THAN ANY DIAGNOSIS CAN POSSIBLY DESCRIBE. YET, WHEN IT COMES TO ROMANCE AND DATING, IT’S AMAZING HOW EASY IT IS FOR US TO THROW DIAGNOSES – LIKE NARCISSISM – AROUND.”

Meet Jill. People see her as “a good person.” When Tony, a loose acquaintance, said he was looking for a place to stay till he could get his own place, she offered him her spare room. Never mind that the “extra room” was her studio: she felt that she shouldn’t just “leave a nice guy like Tony without a place to go.”

And besides, as she said, she liked the company. The understated attraction they felt added a good dose of “chemistry” to the mix.

Tony moved in, and at first it seemed fine. Though he didn’t really help with expenses, he did with housekeeping, and looked after Jill’s dogs when she was away. Since the arrangement was only temporary, Jill didn’t highlight that his room was where she worked. She didn’t mention how much anxiety it caused her to have it occupied, especially as an early-career fashion designer. A week after Tony moved in, they became “friends-with-benefits,” although Tony made it clear that he didn’t mean to interfere with Jill’s life otherwise. Not much imagination is needed to see that, though they told themselves they were just helping each other out, they were becoming emotionally entangled without fully knowing what they were getting into.

People living in irrelationship activate behavioral routines learned in childhood that relieved anxiety by making their parents feel better. We made the acronym GRAFTS as a simple tool to help organize our thinking: Good, Right, Absent, Funny, Tense and Smart.

Through GRAFTS behaviors, the child diverts his caregiver (usually his mother) from a negative emotion she has which interferes with her ability to take care of the child, temporarily restoring her
ability to provide. This happens over and over, laying the foundation for adult relationship patterning.

Jill used two GRAFTS when she was anxious and lonely: She became the Good person who came to Tony’s rescue; and she became Absent from her own life by ignoring her need for her studio space.

Tony’s GRAFTS matched up with Jill’s: he went along with Jill’s good-girl performance while remaining emotionally Absent, importantly assuring Jill (and himself) that their sexual relationship emotionally didn’t really matter.

This unspoken agreement allowed Jill and Tony to remain emotionally unavailable, and non-empathic toward one another—a defining characteristic of narcissism. Meanwhile, Jill also racked up another GRAFT, Tense, by walking on eggshells to make sure Tony remained comfortably unaware of her need for the extra room. They were only partly aware of how much resentment was building.

THE BEGINNING OF THE END

Before long, their arrangement started to break down. Jill came to see Tony as selfish, narcissistic and taking advantage of her—just the type of man she tried to avoid, moreover the kind of relationship she exactly didn’t want, which kept happening “to her”.

“IF YOU KEEP INSISTING THAT YOUR PARTNER IS THE BAD GUY, YOU’RE PROBABLY NOT GOING TO FIND OUT WHY YOUR RELATIONSHIPS KEEP GOING BAD.”DANIEL

For his part, Tony felt that Jill’s demands on him were growing, which violated their initial agreement of no strings attached. He also felt mistreated and even accused of being a “user”, over his “honesty” about their sexual relationship.  Predictably, the situation blew up in rage, hurt and ugly, but predictable, name-calling and other personal attacks.

So here’s a synopsis, a peculiar how-to:

“WHILE SOME PEOPLE ARE TRULY NARCISSISTIC AND THAT IS THAT, IT OFTEN TAKES TWO TO TANGO. WE MISS THE FACT THAT MOST RELATIONSHIP PROBLEMS ARE AT LEAST PARTLY DUE TO WHAT THE TWO PEOPLE ARE DOING TO, AND WITH, ONE ANOTHER. IN THIS CASE, A MALIGNANT TRANSFORMATION TAKES PLACE, AND EACH BECOMES THE OTHER’S NIGHTMARE.”

If Jill and Tony had the skills to notice and constructively address their irrelationship pattern, they’d have had a shot at building a space for true intimacy by identifying and avoiding their repetitive GRAFTS-based roles of narcissist and victim, or simply not get into it in the first place. Instead, loaded down with Jill’s self-righteous disgust that Tony was “such a self-absorbed prick,” and Tony’s fire-back that Jill was “just controlling phony bitch,” they came away “relieved to have gotten out of that,” each assured they had been innocent bystander’s of an emotional hit-and-run by a bad person. 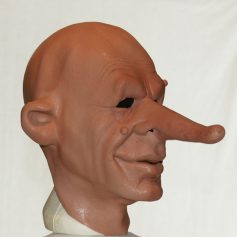