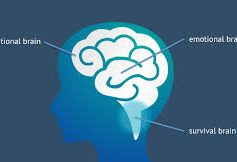 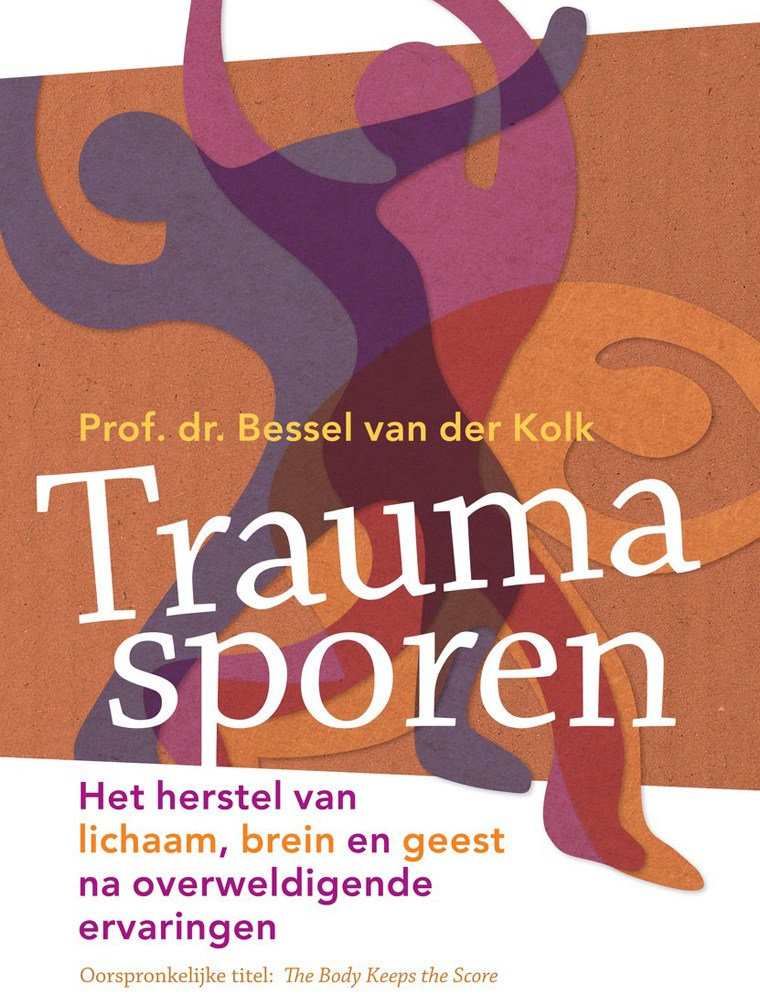 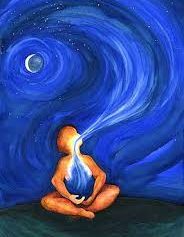 Narcissism has become a buzzword these days often “full of sound and fury, signifying nothing,” to quote Macbeth. But for adult children of narcissists (ACoNs)—those who have lived with the narcissist disordered personality as their primary caretakers—the reality is painfully serious and the health stakes are high.

Parents with Narcissistic Personality Disorder (NPD) fundamentally lack empathy and compassion and are incapable of unconditional love. In an effort to scaffold an all-consuming sense of worthlessness formed in early childhood, the narcissist constructs a grandiose self that he continuously asserts and protects with all of his resources. The narcissist’s needs trump everything else, and his children are manipulated within a family system designed to support his ego. A child in a narcissistic family is treated to “normalized” day-to-day psychological and sometimes physical abuse. Such abuse breeds in denial and secrecy, manifesting in families through manipulation, shame, blame, belittlement, rage, and neglect. Narcissists violate boundaries, play family members against one another, refuse accountability, and stop at virtually nothing to maintain control.

Children of Narcissists: The Walking Wounded

In his 2014 landmark work The Body Keeps the Score: Brain, Mind, and Body in the Healing of Trauma, Bessel van der Kolk, M.D., captures the physical and emotional experience of the child in the narcissistic home: “Trauma almost invariably involves not being seen, not being mirrored, and not being taken into account.” He continues, “Being able to feel safe with other people is probably the single most important aspect of mental health.”

For children of narcissist parents, abuse and neglect settle in the body in lasting, often devastating ways. They are the walking wounded, emotionally and physically traumatized and at risk for further trauma. Dr. van der Kolk describes the body’s response to long-term stress:

“Ideally our stress hormone system should provide a lightning-fast response to threat, but then quickly return us to equilibrium. In PTSD (posttraumatic stress disorder) patients, however, the stress hormone system fails at this balancing act. Flight/fight/freeze signals continue after the danger is over. . . . Instead, the continued secretion of stress hormones is expressed as agitation and panic and, in the long term, wreaks havoc with their health.” [page 30]

According to Dr. Karyl McBride, Director of The International Resource Center for the Daughters, Sons, and Partners of Narcissists and author of Will I Ever Be Good Enough?, there is a clear and disproportionate pattern of physiological fallout among her clients, stemming from narcissist trauma. Having worked with hundreds of ACoNs, McBride said, “I’m continuing to be amazed how these people come out of these relationships with narcissists having severe health effects.”

McBride cited PTSD symptoms such as anxiety, depression, and insomnia; migraines; autoimmune disorders such as chronic fatigue syndrome; addiction; adrenal exhaustion; and heart problems among the population of people she treats. “Bottom line is trauma causes all kinds of physical problems,” she said.

The Cult of Narcissism

Los Angeles-based psychotherapist Fiona E. Steele has practiced for over three decades and for the last 8 years has exclusively treated ACoNs and people in relationships with narcissists because, she said, the demand is overwhelming. Steele told me the majority of her clients are just waking up to the reality of narcissistic abuse. “Their whole life they’ve been looking in a fun house mirror. It’s almost like they’re coming out of a cult,” she said. “They feel shame and isolation. We’re taught not to say anything bad about our parents. In that sense the culture supports the narcissist.”

Steele described the body’s response to years of “being on hyperalert, white-knuckling it.” She listed common health problems among her clients resulting from disrupted cortisol (stress hormone) levels: autoimmune disorders such as Lupus and Chronic Fatigue, thyroid problems, back pain, irritable bowel, arthritis, depleted adrenals, and complex PTSD symptoms such as anxiety, depression, insomnia, and nightmares.

Regina Collins is a licensed professional counselor based in D.C. Her early work treating substance abuse pointed to trauma treatment, which led her into the field of narcissist abuse recovery. Collins described the narcissistic family as one where “everyone is rotating around the narcissist on continual high alert. Consistent high stress levels take a physical toll.” She compared the environment for the body as driving a car with your foot on the gas pedal all the time, or with your feet simultaneously on the gas and the brakes.

Collins is outspoken about the need for more understanding of the physiology of trauma. Among her clients she sees a pattern of extremely high anxiety, insomnia, muscle pain, autoimmune disorders, depression, and disregulation. She explained that chemical disregulation as a result of trauma can lead the sufferer to seek balance through behaviors that can become self-destructive but are meant to self-soothe—behaviors such as substance abuse, eating disorders, self-harm, gambling, and shopping. “They give the brain a shot of dopamine for relief,” she said. “It makes perfect sense from a coping standpoint.”

Psychotherapist Julie Tenenberg, with a practice in Oakland, California, specializes in treating narcissistic trauma. “All of my patients with a narcissist parent have health problems,” she said. “Growing up in a narcissistic home places stress on the body that threatens our homeostasis—the hypothalamic/pituitary/adrenal (HPA) axis,” Tenenberg explained.

The HPA axis regulates stress and many body processes, including digestion, immune response, emotion, and energy storage and release. Tenenberg listed common problems she sees among her clients: autoimmune disorders, hypo- or hyperthyroidism, leaky gut, cardiovascular issues, irritable bowel, and insomnia. “Often they are illnesses that traditional M.D.s don’t pick up or acknowledge,” she pointed out. “That invalidation can reactivate trauma.”

Although narcissistic abuse takes a toll on the body, there are ways to reduce or even overcome its effects. Dr. McBride developed a five-step recovery model that she uses with her clients and teaches to other professionals in her field. Others I spoke with utilize emotional freedom therapy (EFT) and eye movement desensitization and reprocessing therapy (EMDR), which are believed to help the body release long-held trauma. Dr. van der Kolk also cites EMDR as well as a range of other trauma therapies such as yoga, writing, and theater.

McBride emphasized the importance of working with the right mental health professional. “If the therapist does not understand the dynamics of narcissism and its debilitating effects, it is easy for them to encourage the ‘get over it already, the past is the past’ mentality. When they do this, they are not validating the feelings of the client and the childhood issues are deeply minimized and discounted,” she explained.

In some cases, limited or no contact with abusive parents can be curative. Jeanie of Alberta, Canada, grew up with a narcissist mother and an enabling father with narcissistic traits. Her mother routinely criticized and ridiculed Jeanie, publicly humiliating her and overtly favoring her other children. “My mother would wake me up early every Saturday morning to clean the house while she cuddled and giggled in bed with my younger sister until noon,” Jeanie recalled. Her mother also restricted Jeanie’s clothing and hair style while giving free rein to her other children.

By the time Jeanie was 17, she was suffering from symptoms that would later be diagnosed as multiple sclerosis. She also developed intense anxiety, depression, high blood pressure, migraines, and undiagnosed digestive problems. She said, “I felt like a walking black void, worthless and destroyed.”

When Jeanie was finally tested for MS in her late 30s, she said her brain scan “lit up like a Christmas tree” with lesions, indicating that she had had the disease for years. Six years after she cut off contact with her family of origin, with support from her husband and children, a followup brain scan showed a dramatic reduction in lesions. “My doctor was amazed. She’d never seen anything like it,” said Jeanie. “I’m convinced my lesions have decreased because of going no contact.”

Julie L. Hall is the author of the forthcoming memoir, Carry You, about life, and a few near deaths, in a narcissistic family. Read excerpts. Her articles on narcissism regularly appear in The Huffington Post. 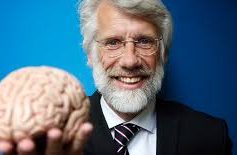 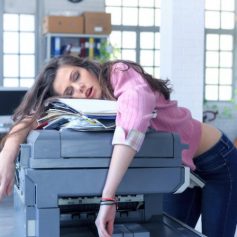